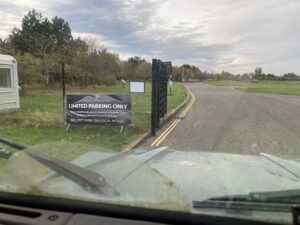 The Chair attended this meeting w/c 13.9.21.  The group confirmed Dorney Lake will re-open and the parking charges on site will remain in place.  It was agreed that it is great to have a good working relationship with the group.  We anticipate that there will be parking issues in Court Lane and this will be reviewed at the next meeting with the group in January.

Parking Permits for certain postcodes can be renewed or applied for directly from Dorney Lake.

It was also agreed that the next regular meeting between Dorney Parish Council and Dorney Lake will be in September 2021. 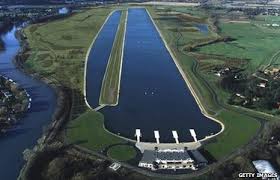 Dorney Lake (also known as Eton College Rowing Centre, and as Eton Dorney as a 2012 Summer Olympics venue) is a purpose-built rowing lake in England. It is near the village of Dorney, Buckinghamshire, and is around 3 km (2 miles) west of Windsor and Eton, close to the River Thames.

The lake is privately owned and financed by Eton College, which spent £17 million developing it. Additional grants, totalling £500,000, were obtained from Sport England, UK Sport, the DCMS and SEEDA in order to build the lake’s finish tower. The project was completed in 2006, after 10 years of construction. Although it is primarily for use by the school, the facilities are hired out for rowing, as well as for canoeing, dragon boating, open water swimming and triathlon.

A Public Inquiry was held, in 1993, following appeals from Eton College against the refusals by Bucks County Council to permit construction of the rowing lake. The Inquiry determined that the construction of the Lake would be permitted with certain conditions. Dorney Lake Planning Inquiry 1993

In May 1994, Dorney Parish Council and Eton College agreed to form a local liaison group called Dorney/Eton Environmental Panel (DEEP) to facilitate communications between residents of Dorney and Eton College during the construction of the College’s Rowing Lake project and its associated roadworks. Members of the panel have been chosen to represent various interests: –

The object of DEEP was to air matters relating to the Rowing Lake project; take steps to keep the residents informed of the timetable for construction works; and to agree measures to mitigate the effect on the environment of the Parish of Dorney and the parts of the Parishes of Taplow and Burnham which lie south of the Bath Road (A4).

It stopped meeting around 2006.

A Daily Parking Charge for visitors’ cars was imposed by Dorney Lake in November 2013. Prior to that date there was no charge for parking within the venue.

From that date, visitors who were unable or unwilling to pay the Daily Parking Charge started to park outside the venue – in Court Lane and Marsh Lane. Over the years, especially on warm days, visitors’ cars have become a serious problem for road users, pedestrians, cyclists and horse riders.

In 2019, organised groups of large numbers of people started “incursions” into the venue, causing considerable damage. This was accompanied by unacceptable litter and aggressive behaviour. This problem continued into 2020 and 2021.

In 2020 Dorney Lake decided to install security fencing around the whole Lake boundary in order to deter such “incursions” and to stop the excessive, dangerous parking around the entrance to the Lake. This was partly successful but, with the attraction of the Lake after Covid-19 lockdowns, they decided that the situation was no longer safe and the Lake was closed from 1 March 2021.

Dorney Parish Council are in regular discussions with Dorney Lake/Eton College to try and determine the best way forward regarding visitor access (and their cars).