Cllr. Stopford updated on the clearance of the site and the hotel plans. It was agreed that the Clerk will respond to Mitchel Pugh to express the Council’s disappointment of the delays following his latest update email.

Historic England have responded and stated they do not think the hotel development will impact on St James’s or Dorney Court however the planning decision is on hold, still awaiting a response from Transport for Bucks.

Planning Officer, Liz Ashton is awaiting a response from Highways Bucks and Historic England over her concerns.

Weekly visits are taking place regarding the enforcement notice and although slow, it has been noticed that a significant number of vehicles have gone.  The Clerk will ask for an update from County Cllr. Sandy.

There is no current progress on the Certificate of Lawfulness.  It was agreed The Clerk will write to Kirstie Elliot from the Parish Council stating our objections.

There are three ongoing issues with the Orchard Herbs site. The current situation is as follows:

Orchard Herbs Enforcement Notice for removal of vehicles
There has been a noticeable reduction in the number of vehicles on site. The latest email from the planning officer handling the enforcement reported:
I was at the site on Wednesday morning (11th Aug) and can confirm that more vehicles have gone out (primarily cars that were located in the south-west corner, so could not be readily seen from the road). I am being given written lists of what has been removed at each visit and when walking around the site I can see the gaps that have been left. Most of the vehicles that remain are those which won’t start and require more arrangements to be made to get them moved within and then off the site (i.e. they need other vehicles to get them physically moved) – this is one of the reasons why things have slowed down a bit, it is the trickier vehicles that are left. I know I am repeating myself so apologies for that, but it is only when you are actually on the site you can appreciate the volume of what has been removed. I realise that we have gone past the timings that were agreed for total clearance but please be assured that my colleague and I are continuing with the regular visits (I am on leave for the next two weeks, so my colleague is doing the visits in my absence). The owners are aware that if they do not deliver what they have promised there will be consequences, so we are keen to continue with the encouragement of clearance to keep the focus on this.

Planning Application PL/20/2020/0A hotel, Office Blocks and two storey car park.
The planning department has received feedback from the Environment agency, Lead Local Flood authority and the Bucks County Conservation team all recommending refusal of planning permission. The case officer is waiting for a response from Buckinghamshire Highways department and Historic England. The latest email received this week said:
I just thought I would send you a quick update to say that I have now received comments from the Conservation Team who have raised concerns with the proposed development on heritage assets.  Their comments should be available to view on the Council’s website in the next few days.
They have also requested that Historic England are consulted on the application to enable them to consider whether there is any possible impact on St James the Less, Dorney and Windsor Castle. Historic England have been consulted and a response is anticipated by around 9th September.
So far, the applicant’s response to the feedback from the EA, and LLFA has been to say they are only asking for outline planning permission, and they will sort out all these objections after permission has been granted

PL/20/3452/EU | Certificate of Lawfulness
This is still ongoing, and no decision has been made. It is being handled by the same case officer who is supervising the enforcement notice and I believe will only be looked at when there has been sufficient progress in removal of the vehicles and containers.

There are three on going issues at Orchard Herbs site.

Thanks for your email.

Yes, I have had a number of queries this week regarding the clearance of the site. I appreciate that from the roadside the site still looks full of lorries but they are going. Prior to the contractor being appointed there were approximately 300 vehicles/vehicle parts/containers on the site and they are now at approximately 170. It was almost impossible to move around the site (even on foot) to view everything but now there are clear pathways through and vehicles can also get through to tow. They are clearing the site west to east so as gaps appear they are bringing everything closer to the road but I appreciate that this makes the site look more cluttered at the most visible points to the public at large (and also blocks the view of the cleared areas to the rear). I confirm that they are ripping the soil as the site is cleared. I confirm that I am visiting the site every week and logging what has been removed. That said, I am not satisfied with the levels of clearance made to date and will be making this clear to the owners. I hope that in the next 4 weeks there will be a more noticeable change to the appearance of the site.

I hope this is of assistance.

For your information I did contact a resident of Ashford Lane, who did confirm that there appears to be a reduction in the number of lorries on site from their viewpoint.

PL/20/3452/EU | Certificate of Lawfulness for existing use as a builder’s yard and storage of commercial vehicles, equipment and building materials.

This application does still remain under assessment and covers the land which is currently occupied by Highways England/Balfour Beatty. The land the subject of the application is not being used in breach of planning control (as per the remainder of the site) and at this stage I anticipate a decision being made on the application at around the same time as the works to clear the rest of the site are concluded.

Elizabeth Aston a Planning Office is dealing with this application. I had an email from her on the 8th of July and a phone call on the 12th of July. She made the following comments in her email.

As you mentioned in your e-mail below, further objections to this application have been received from the EA and SuDS. I had hoped that following the receipt of these comments I would be in a position to move forward with the determination of the application. However, following the publication of these comments on the Council’s website, the applicant has contacted both the EA and SuDS team directly to provide them with further information. To avoid any concerns being raised by the applicant that the consultees did not properly consider information submitted, these bodies may want to respond to the further information submitted, although I acknowledge that the continued submission of additional information to consultees, particularly directly to consultees, is frustrating the ability of the Council to move forward with making a decision on this application.

I note that in your e-mail to Cllr Sandy you have also commented on the comments made by the Council’s Landscape Officer back in September last year. As there have been no changes to the proposal which would require the re-consultation of the Landscape Officer, it would not be appropriate to ask him to add to/revise his current comments. However, in respect of the comments you have made about openness of the Green Belt, this is something that I as the case officer will consider and reach a conclusion on, taking into account also the planning history of the site and its surroundings.

In relation to the impact of the development on the adjacent Conservation Area and the setting of nearby listed buildings, I have already requested comments from the Council’s Conservation Team on this and I hope to be in receipt of their comments shortly.

I hope you can appreciate that with a development of this scale, there are a large number of considerations which are relevant to the determination of the application. Ensuring that all these matters have been properly considered can be time consuming, especially when the applicant keeps submitting further information. I want to proceed with a decision on the application as quickly as possible, but this also needs to be balanced against ensuring that the applicant doesn’t allege that we have acted unreasonably in dealing with the application i.e. not properly considering information submitted, particularly if the applicant were to lodge an appeal against any decision the Council might make.

We write further to our earlier objection letters dated 28th August 2020 and would like you to consider this supplemental objection in your determination of this planning application.  It remains unclear if the Council is minded refusing this application.  We have taken legal advice in respect of the application and this includes a review of the up to date responses from statutory consultees and the new information submitted by the applicant in May.  For the reasons set out below, it is considered that any grant of planning permission would be unlawful and susceptible to judicial review. Read complete letter by clicking this link.

15 June 2021: Dorney Parish Council Meeting: Cllr. Stopford reported three issues. The Certificate of Lawfulness, the planning permission for a hotel and park and the enforcement issue. On enforcement he noted that Bucks Council were half-way through an effort to clear vehicles from the site. What was unclear was whether the site would be returned to its former state. County Cllr. Sandy noted that a complicating factor might be if Bucks Council’s Strategic Sites Committee took an interest in the site.

January 2021: Orchard Herbs have put in a planning application for Certificate of Lawfulness for their current use of the site as a builder’s yard and storage unit, application reference PL/20/3452/EU:

The following is on the information sheet provided by the Planning Enforcement Officer who attended the January Council meeting. This includes information on the Enforcement Notice that has been served:

Officers have determined that the current use of the land is contrary to an extant enforcement notice issued by the SBDC in June 2007 and upheld by a planning inspector at a re-determined appeal in April 2010.

Officers served letters of notice to quit the site on the owners providing them with 28 days to cease the current use. This deadline expires on 01 Feb 2021, a site visit will conducted shortly after this date. Owners have been advised that failure to comply with this request will result in the Council taking further legal action (breach of an enforcement notice is an offence)

The Parish Council’s objections are as follows: 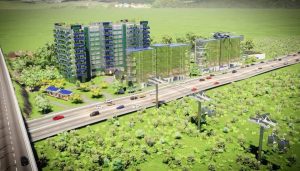 This site is not within the parish of Dorney but does significantly impinge upon the village and could do so very dramatically if there was any Change of Use allowed on this site.

Dorney Parish Council strongly object to this Application and to its registration.